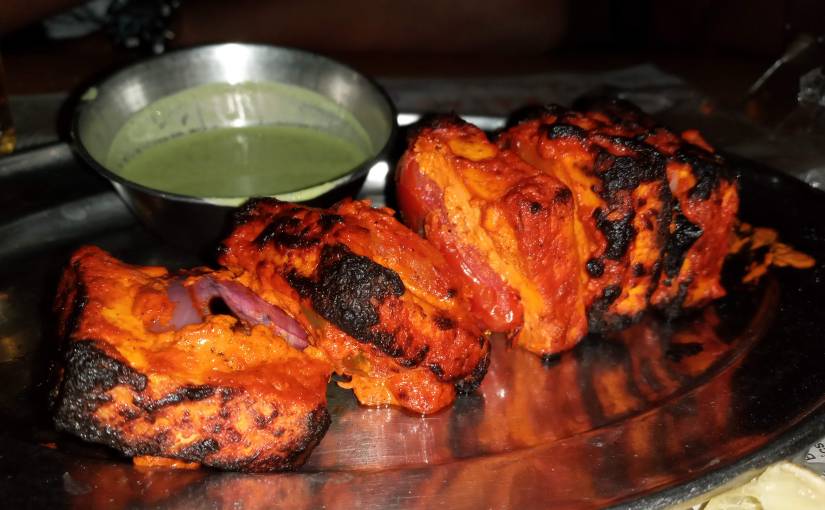 It was the 8th of June in 2015 and I was waiting outside the labor room at St. John’s Hospital in Koramangala.  My wife had slapped a nurse earlier and I was terribly worried.  The labor room was fully occupied and my wife waited for her turn while screaming in pain due to intense contractions. While I waited outside with my sister and my elder son, my brother’s mother-in-law who was luckily in town, assisted my wife inside the labor room.

After a while, a nurse came outside the labor room with a baby in her arms and promptly opened the towel swaddled around the baby and told me that I am the proud father of a second boy before letting me hold the baby. I was both relieved and happy at the same time while I held my newborn son, but a feeling of slight disappointment rushed across my mind because I badly wanted a baby girl.

I remember this very instance in specific as it was a notable moment for me regarding my health transformation.

It was a tough challenge for me to get rid of my Carpal Tunnel Syndrome. To briefly state this condition,  I had a severe pinching pain in the palm of my left hand which extended till the last two ring and little fingers.  Every time I hit the control key on the keyboard, I felt a terrible pain in the fingers of my left hand. Copy & Paste is the most common task while working on Microsoft Excel and PowerPoint applications, I couldn’t really stop myself from making use of my little finger to press the control key every time. Eventually, I learnt to use the control key on the right side of the keyboard just to spare myself from this pain. But it’s hard to get rid of old habits and I found myself struggling to get used to the key on the other side of the keyboard.  So I removed the left control key on the keyboard thinking it would help but it didn’t. Then I purchased an advanced Logitech ergonomic keyboard and mouse which were specially designed to reduce strain by keeping your hands, wrists, and arms at more comfortable, natural positions than you can get with a standard keyboard and mouse.

Also, severe backache took a toll on my professional life along with Carpal Tunnel Syndrome.  It was too difficult to travel for 30km to get to my office in any vehicle let it be my bike or our office bus/cab. So I decided to shift from our own house to a rented house which was at a walkable distance from my office in Electronic City. Staying close to the office had its own benefits other than avoiding the horrible Bangalore traffic and my backache.

Sitting on a comforting cushion chair at the office only aggravated the backache that I had to request for a normal plastic chair. But every weekend the housekeeping boys replaced my plastic chair with the cushioned chair and even repeatedly raising complaints regarding this matter didn’t work. It got to a point where I had decided to send out an email to the Admin in charge at the beginning of the week, requesting them to replace my chair with a regular plastic chair. This might sound strange but it was indeed the first thing I did on a Monday morning every week as it was necessary for me to survive every single day at work. I even considered some alternative career options where I don’t have to sit for 8 hours under the air-conditioned work desk.

Another health issue added up to my already existing ones and my left eye was always red while it ached constantly. On top of that, it was also dry and involuntarily winked so I decided to give up wearing my spectacles. My eyes felt much relaxed without the spectacles but the single red eye was horrible to look at. Even though I couldn’t see any details without it, I learned to manage to read the computer screen.

With the arrival of our younger son, my wife went on to stay with her family along with my elder son. Also with my parents being gone to Gulbarga to spend some time with our relatives, I was left all alone at home. I had minimal workload so I was mostly working from home as the office was close by. Meanwhile, I came across this book called “Wheat Belly” by William Davis and I decided to give it a read since I had all the time in the world for myself. The author claimed that all problems were mainly because of wheat and the wheat-based foods we eat. It sounded strange at first but then I decided to do justice to the money I paid to purchase this book on Amazon Kindle that I ended up re-evaluating my diet.

By the time I made up my mind to quit eating wheat, I had already given up many other things. My wife once showed me a Hindi TV serial, where one of the characters who was playing a role as the husband on the show gave up eating sugar just because his wife asked him. My wife made a joke outta it teasing me if I can make such sacrifices.  I did actually. I even stopped eating rice and reduced my salt intake.  I completely reduced spicy food – because it’s technically an acid that burns our tongue to our blood veins.  And if it doesn’t give that burning sensation, we feel that the food lacks the taste.

When I finally gave up eating wheat, I couldn’t feel much change in my diet as there were other alternatives like ragi and jowar which are popular staples of Karnataka. Technically there was not much of a difference in eating them compared to wheat but the major difference was the amount of fibre, minerals, carbohydrates and proteins they contained. So I decided to quit all grains and cereals too.

This left me wondering what to eat from now on? Would it be just curry, rasam and sambar?

For the first time in my life, I had all the freedom to eat or quit whatever I wanted as there was no one at home and I started with some logical reasoning. Like what did we eat before inventing fire?  This thought was inspired by the popular Paleo diet concept – an eating pattern that was designed to mimic the diets of early hunter-gatherer human ancestors. Some research found that this way of eating might help increase weight loss, promote heart health, and support better blood sugar control. If there is no fire, we cannot cook.  If we cannot cook, we cannot eat rice or wheat or even dal.  Cooking is the only way to eat most of the food that we eat today.

But the truth is I am a bad cook. Since I was all by myself, for the time being, I preferred not to cook. Then I gave a thought about the things that I can eat without cooking. Fruits and vegetables were available options. I tried vegetables first and realized that was a mistake. So instead of cooking, I steamed some veggies along with beans which are rich in protein in a steamer (which I had purchased just for this purpose.) I ended up spoiling my stomach very badly that I took a couple of days off from work and slowly recovered myself.

Later, I tried eating Chicken Tandoori. It worked as the chicken was filling compared to vegetables and there was no need to eat rice or roti. The pain in my stomach reduced but it was always there and also intermittent. But it gave me a slight relief compared to earlier and I was able to manage through the day. When following this kind of diet didn’t help, I blamed it on all the spices they use for the masala in restaurant food.

Once my family returned home, I insisted them to cook chicken at home with just salt and water. It worked well at first but the blunt taste of the chicken started to make me feel pukish every time I thought about eating it again. Also maintaining this diet wasn’t easy on my pocket as I was spending nearly ten thousand rupees per month on food for myself alone. I wanted to reduce the amount of money I was spending on food without getting back the pain but then I also wanted to have a change of job for a better salary.

Raw eggs came to my rescue next.  They were not only cheap but were easily available. Back in high school, I had this experience of drinking one whole raw egg before the practice session of my Karate. And back in college, I loved Maggi noodles topped with a sunny-side-up (also known as bullseye) which they served in our canteen. Even though I was used to the taste of all kinds of raw eggs, I felt strange at the idea of drinking raw eggs as a meal replacement. The entire internet community was against me. This thought itself triggered strong opposition from my family. But nobody can understand the amount of pain I had to go through. If they saw me as a rebel for this reason, then I didn’t mind being a rebel.

I started drinking 4 eggs, 3 times a day.  My breakfast consisted of 5 different fruits. My parents liked this though and they happily bought fruits from a wholesale market which were always kept ready for me to eat anytime. The pain in my gut vanished after a few weeks. And I stuck to this routine for one main reason – not to have any pain. Well, it has been 5 years since I maintained this strict diet routine. The stomach pain, the carpal tunnel syndrome, backache, red eyes and involuntary winking – everything has gradually reduced that it occurs rarely like once in a blue moon.

I changed my job and moved back to our own house. I am finally leading a happy life where I can eat anything and everything I want and still have a pain free life. I am still sticking to drinking raw eggs three to four times a week though. Whenever someone asks me why don’t I eat rice or roti, I simply reply them telling I am allergic to them.

I vow my life to this diet. And in reality, I am paying this price to get rid of these various pain in my body.

Also, this is me being completely honest with the story of my body transformation.  If you have any questions, you can even talk to my wife. I am sure that she believed me to be a total maniac for the past 6 years out of the 9 years of our marriage.

I would like to appreciate Meghana S Nair for helping me to edit my blog, while momming like a boss at home!

Thanks for reading my blog.  Have a nice day!